Agreement Concerning the Property of the Spouse ‘Before & During Marriage’ 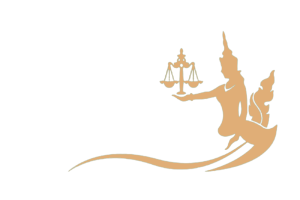 This article focuses on ‘a Lawful Spouse’ but it also gives good information for an unlawful spouse.

At this point, my personal opinion, the same sex marriage is a lawful spouse under Thai Law that even Thai Family law does not allow marriage between the same sax but this case shall be subject to the said sections of the Conflict of Laws Act.

For a lawful spouse, there are many interesting legal matters under Thai Family law. This article, we focus on 2 Kinds of Agreement Concerning the Property of a Lawful spouse.

If you are a lawful spouse, your right and duty to manage a property during marriages shall be governed by the Thai Family Law. However, the law allows you to decide concerning a property during the marriage the way they want. But you need a Special Agreement before marriage. This Agreement is subject to the condition of validity, it must be registered with the Family Officer, the terms and conditions of the agreement must not be against public order or good morals. This Agreement is not allowed to be governed by a law of another country. Importantly, when this Agreement is made, it can NOT be changed or terminated without a Court order (section 1465 to 1467 CCC).

This means, if a lawful spouse did not make the said Special Agreement before the marriage. The management of their ‘Property’ shall be governed by the Thai Family Law.  It means they are free to manage their ‘Private property’ but some of ‘Marriage Property’ shall be jointly managed or obtain the consent from the other i.e.(i) sale, exchanging, sale with the right of redemption, hire-purchase, mortgage or release/transfer the mortgage, servitude, superficies and usufruct of Immovable property. (ii) Lending money (iii) Make a compromise agreement. (iv) submit a dispute to the Arbitration Center etc.

Whenever, either a husband or a wife has entered into those example agreements with a third person without joint management or without consent of the other. Such Agreement may be void by a Court order, either husband or wife may request such Court order within 10 years from the date of making such Agreement (sections 1476 and 1480 of CCC).

Whenever a lawful spouse enters into an Agreement ‘between themselves’ concerning their property during their marriage. Both of them, a husband or a wife may terminate such an agreement at any time they want during their marriage. They also have a right to terminate such an agreement within one year After Divorce! But this does not affect a Third person who acts in good faith. (sections 1469 and 1480 of CCC)

Why? As you may know that normally,  to protect the party’s benefit under the agreement, whoever enters into an agreement shall not allow the termination without consent of the other party or there is a law that allows the termination.

It is very challenging for a lawyer. If one of them can clearly prove without any reasonable doubt that both of them have an equal leverage, an equal bargain power, free and clear consent at the time of entry into the agreement. Would such an agreement be voidable? Unfortunately, there is no precedent case yet. In this case,

Finally, if you are not a lawful spouse. It doesn’t mean you are free to manage or free to make an Agreement with a third party concerning the property you and your partner together build/make/create. The Co-Ownership Law shall be applied to this case for fairness reasons.

Thank you for reading.